Power Chords on Guitar: For Punk, Rock and Jazz

During the 1990s, bands like Green Day and Blink 182 hit the big time with an aggressive, rebellious and up-tempo rock style driven by punk chords that made everybody remember how cool the Ramones and the Sex Pistols were a generation before.

But aside from the heavily distorted electric sound and raucous nature, what makes punk music so alluring for beginner guitar players is how it makes learning guitar easier in so many ways.

While a lot of punk rock had interesting melodic hooks, it was largely driven by power chords, which are basic chord shapes that only take two fingers and can be moved all around the neck. The best thing about power chords on guitar though, is that there are only two versions — so as you play, you pretty much switch through the same powers chords for each new chord change.

Interestingly, nobody ever seemed to admire the fact that a punk player could have doubled as a covert guitar teacher — they had to know at least a little very valuable music theory to be able to move the power chords all over the guitar neck. The thing is, the theory isn't necessarily complicated, but it tends to be a skill that most guitar players overlook.

The Same Power Chords Work for Other Styles

Even if you're not interested in punk music, knowing how to use power chords and think like a punk rocker can still serve you well. For one thing, the music theory behind them can get you all over the fretboard and help you sketch out more complex blues chords — even jazz chords — that can take your guitar playing to the next level. The best guitar players take advantage of the fact that you can use the same power chords all over the guitar to play pop, jazz, country, rock or any other style of music. Let's learn how to make the most of two-fingered power chord.

To make your first E-string power chord, put your index finger on the third fret of the low E string. This note defines what power chord you're playing and is called your root note.

This is a G power chord because the note on your index finger is a G. Before we learn the A-shape power chord, let's learn why we named it the G power chord. 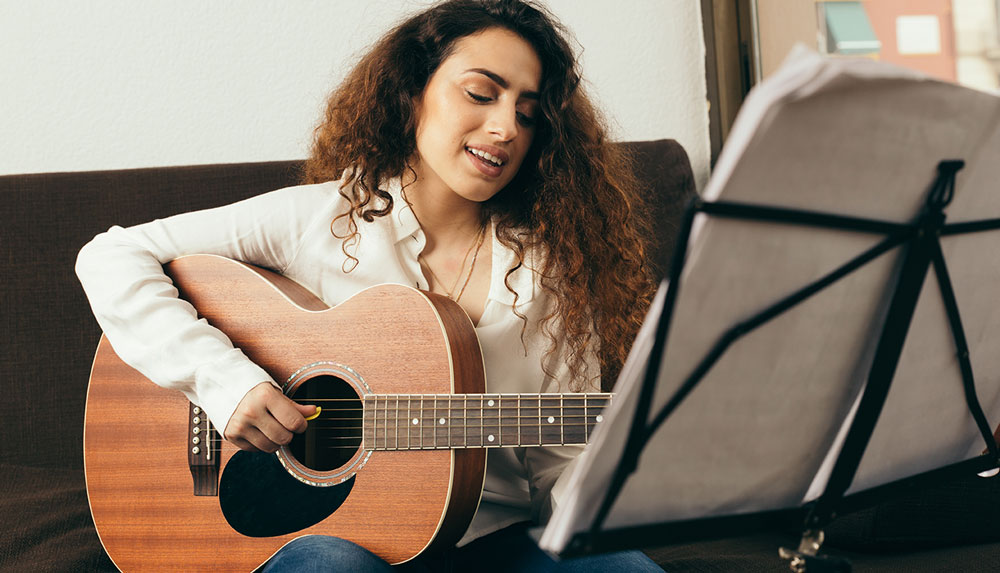 The Chromatic Scale: The Musical Alphabet

Each note on the guitar fretboard has a letter name attached to it, sort of like a musical alphabet. The musical alphabet is called the chromatic scale, and one of its major functions for guitar players is to help them get around the fretboard.

There are a few important things to know about the chromatic scale:

On the guitar, each fret represents a note of the chromatic scale depending on which string you're on, so if you're on the low E string, E is open, F is on the first fret, F#/Gb is on the second, G is on the third, which was where we put the index finger of our power chord.

Making the A-string Power Chord and Next Steps

As with the E-string version, mute the strings beneath the chord with your ring finger. With this version, you'll have to mute the E string as well, and it's common to do that with your middle finger.

Practice moving around the fretboard first with a chord progression: C, Am, F, Dm, G, C (four beats each), and then with songs. Remember, whether you're playing an A or Am, the chord formation is exactly the same.

You shouldn't always play songs like this, but it's a great way to learn how to get around the fretboard.

Where to Go From Here

Knowing how to get around the fretboard is an essential skill, and using power chords is one way to learn how to do it. No matter what, though, to get good at guitar, you need to make sure you are sound in the fundamentals. Check out our PDF guides to learn how to strum and how to maximize your playing with a capo.

If you're interested in taking lessons through Approachable Music, we're located in South Minneapolis and near St. Paul through Ford Parkway and Highway 62. We also offer online lessons, as well. Send us a message to schedule or learn more information.